A life without pain 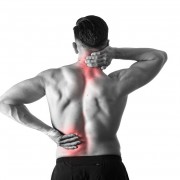 Without potent medications or therapy, an Italian family has managed to keep physical aches at bay their entire life, enduring both minor and serious injuries, like burns and bone fractures, completely free of pain.

Unsurprisingly, their secret lies in their hereditary traits, in this case a rare mutation of the ZFHX2 gene, according to a study by researchers at University College London (UCL).

“By identifying this mutation and clarifying that it contributes to the family’s pain insensitivity, we have opened up a whole new route to drug discovery for pain relief,” Professor Anna Maria Aloisi of the University of Siena, co-author of the study, said in a press release put out by UCL.

For such patients, researchers need to find a way to disrupt the genetic pathway of pain so as to minimise it without switching it off completely because the total lack of pain may present with an additional series of health risks.

“Acute pain is necessary as a survival mechanism” to prevent injuries from getting worse, said Dr Sabu James, consultant in chronic pain medicine at University Hospital Monklands in Scotland.“If you can’t feel pain at all, you may not realise that your arm is broken, so infection will set in and you may end up losing your limb.”

Developing a better treatment for pain could not be more timely.

Worldwide, one person in three lives with some kind of constant pain, according to the BBC World Service. The worsening opioid epidemic in the US, which kills more than 175 people a day according to the President’s Commission on Combating Drug Addiction and the Opioid Crisis, reminds us that overuse of opioids, the mainstay of pain treatment, can easily lead to deadly addiction.

Having a new and effective medication that can relieve pain by acting on its genetic component would be a step forward to improving pain management, said Dr James. Unravelling the genetics of pain, however, will be challenging and, at best, will provide only one piece of a much more complicated puzzle.

“Numerous other 'pain responsive genes' have been discovered by various groups around the world, and each of them has added to the ever-growing evidence of the complex jigsaw of chronic pain,” Dr James said in an interview with Global Health and Travel.

In this line of research, one challenge is that there’s no single gene responsible for either acute or chronic pain, which are caused by multiple gene interactions and influenced by psycho-social factors.

Several studies, for instance, have shown that anxiety and depression are strongly intertwined with pain. Although the relationship seems to go both ways, with chronic pain increasing the risk of anxiety and depression, people in an anxious or depressed state of mind are more susceptible to pain than those without such psychological problems.

“Although there’s no magic wand, chronic pain is best managed by a holistic approach that includes appropriate interventions from a pain physician and psychologist,” said Dr James. “Exercise, giving up smoking, and losing weight may also help patients relieve their pain.”

This story was originally published in the Global Health and Travel issue of March-April 2018.

Blindly influenced by social posts by celebrities and influencers, the "one look fits all" mentality has taken more precedence than a realistically achievable physique, causing unhealthy self-perception and the dangerous rise of botched surgeries.

As we look forward to a fantastic 2023, Dr Ivan Puah, Medical Director at Amaris B. Clinic, who has more than 15 years of medical aesthetics and surgical body contouring experience, shares five beauty and body sculpting trends expected to take centre stage in 2023.

Keratin and dead skin cells make up hair. While there is no immediate technique to help your hair grow quicker, there are things you can do to keep it healthy and long.